Sometimes we need a kick in the butt to inspire us to live our dreams. My big kick came from an unexpected quarter.

“Right, you horrible lot. I don’t want to see any of you outside having fun. I don’t expect to find you playing soccer in the park, or hanging around bus stops trying to look cool. You haven’t got time for any that!

So shouted my headmaster from the stage at the front of the school assembly hall. It was the start of another term, and therefore time for ‘Danny Boy’ (as we nicknamed him) to launch into his favorite tirade.

Time and time again, this message was drummed into our teenage heads, reinforced by parents and various other adults who supposedly knew better than us. The only way forward in life was to get a steady job and cling onto it like glue until it was time to collect your gold watch and retire.

We all understood that ‘steady’ was another word for ‘boring.’ We were expected to come out of the other end of the education ‘sausage machine’ as pre-packaged accountants, engineers, and draughtsmen.

Nothing wrong with any of those careers, of course, if you enjoy them. But the prospect of going into any such profession filled me with fear and loathing. I didn’t want to be a ‘sausage’ — I wanted to be a writer.

From the age when I first learned to read and write, I had been fascinated by books, magazines, comics, and the written word in all its forms (no Internet in those days). I consumed books with an enthusiasm that most of my friends reserved for chocolate-chip cookies.

My parents soon learned that they must conduct regular searches of my room to prevent the illicit reading of Enid Blyton’s Famous Five and Secret Seven books until the small hours. And teachers knew they had to look inside my textbooks to see if I was secretly reading Just William during lessons.

So naturally, I decided that becoming a writer was the only career for me. But all the adults in my life thought this was a bad plan. “Writing’s not a proper job…it’s just a hobby. You’ll never make a living at it. How would you pay the bills?”With all this negativity surrounding me, I was reluctantly funneled into a conventional study path. Like others in my family, I studied science with the aim of becoming an engineer. After all, there was good money to be made from ‘computer stuff,’ wasn’t there? A steady paycheck you could rely on.

But my heart wasn’t in it, and so I struggled. Instead of being excited about my future, I was decidedly gloomy about it. I wasn’t looking forward to starting my career — I was thinking ahead to the wonderful day when I could retire and not do engineering anymore. I wanted to skip straight from my teens to being 65!

Nevertheless, I stuck with it and sweated my way through mathematical theorems and engineering constructs. I hated every moment…but I had to get that steady job, right?

The Day I Nearly Drowned

All of that changed on the day I went on a boating trip with two of my friends. We were all about 18 years old, and we borrowed a boat from a family member during a weekend break. It was a beautiful summer’s day in Saundersfoot, Wales, and we had visions of a relaxing day on the water, doing a bit of fishing and enjoying a rare spot of British sunshine.

We should have had second thoughts about this when we saw the boat. It was an ancient wooden rowing boat that had seen better days. It looked old enough to have been used in the evacuation of Dunkirk in 1940…perhaps even the defeat of the Spanish Armada in 1588.

But we were naïve and optimistic teenagers, and we didn’t see the frailties of the vessel as a big problem. So we piled in and set out to sea, without the benefit of useful items like life jackets and flares. After all, it was a lovely, sunny afternoon. What could possibly go wrong?

For a couple of hours, we had fun splashing around the bay — singing rude rugby songs, and making enough noise to scare off any fish in the vicinity.

And then we started to sink.

It seems our boisterous activities had opened up a crack in the ancient woodwork, and water started creeping in — slowly at first, then faster and faster. We tried to bail out, but without anything as useful as a bucket on board, we were scooping water out in handfuls.

That was never going to work, and within half an hour, our boat had sunk — leaving the three of us floundering around in the water. We were good swimmers, but we had drifted about half a mile away from the shore.At that point, we still didn’t realize how much trouble we were in. We knew we had a long swim ahead, but it couldn’t be that hard, could it? But when we struck out for the shore, we found that swimming in the open sea is very different from swimming half a mile in a swimming pool.

The current was against us, and despite our best efforts, we were making little progress. In fact, we seemed to be drifting further out to sea. We stripped off all excess clothing and tried again, now beginning to feel some alarm.

All that happened was that we became more and more tired. Worse still, the chill of the water was beginning to take effect. Even on a sunny day in summer, the waters off the Welsh coast are cold, and now our strength was being sapped away.

It was then that the cold, stark reality of our situation hit me. We weren’t going to make it. There was no way we could swim to shore, and it was only a matter of minutes before the waters overwhelmed us, and we sank without a trace forever.

Our family and friends would have no idea what happened to us until our bodies washed up on a beach somewhere further up the coast. The minutes passed, and we became increasingly frantic. We shouted and screamed for help, but with little hope of success. It was getting harder and harder to stay afloat, and we were all coughing and spitting mouthfuls of salty seawater.

I remember thinking, “no…not now. I can’t die yet — I have so much I want to do!”And then — the closest thing to a miracle I have ever encountered in my life. A boat full of tourists appeared on the horizon, taking day-trippers on a pleasure ride around the bay.

Now we screamed and shouted louder than ever. All three of us knew this was our last chance of survival. For a while, it seemed as if the boat was going to pass out of view without ever noticing us. But then it turned and headed in our direction. They had seen us!

We were plucked out of the water with seconds to go before we disappeared beneath the waves forever. I can’t describe the feeling of ecstasy I felt as we were hauled into the boat and wrapped in fishy-smelling but delightfully warm towels.

The Moment of Decision

Half an hour later, I sat on the beach contemplating what had just happened. I was well aware that we were very lucky to be alive.

As I stared out to sea, I realized that I now had a second chance at life. Just 30 minutes earlier, I had thought it was all over — that I was going to die without having the opportunity to enjoy my adult life. But now here I was, with many decades stretching out ahead of me.

What was I going to do with my second chance? Was I going to waste it on a career I hated? No way!I decided there and then that my days of studying Physics and Applied Mathematics were over. I was not going to be an engineer. I would be a writer.

A Career as a Writer

That simple decision changed my life and launched a career that has lasted for some 40 years. I went home from the beach and burned my textbooks, much to my mother’s distress.I set up my shingle as a freelance writer and started looking for work. It was hard at first, but soon I got a commission to write my first published article. The topic was ‘How to Set Up a Computer Club,’ ironically allowing me to leverage my science knowledge to get a paying writing gig.

Since then, my writing career has taken me in many different directions. I have worked as a:

I have also been fortunate enough to enjoy the digital nomad lifestyle for over 20 years…all made possible by writing for a living.

Four decades on from that fateful day in Saundersfoot, I am still very glad I made the big decision to switch careers. Writing has been a fulfilling and rewarding profession in many ways.I still write almost every day, and I intend to continue for another four decades. I love every day of my writing career — even with all the ups and downs, frustrations, and disappointments that are often the writers’ lot.

I often wonder what would have happened if my friends and I had not set out on our doomed fishing trip. Would I have gone on to become an underperforming and miserable engineer?

Hard to say, but I do know one thing — nearly drowning turned out to be the best career move I ever made.

Discover how to deploy a secret weapon and scale your offers to the moon. Pick a time to talk and let's start making money together. 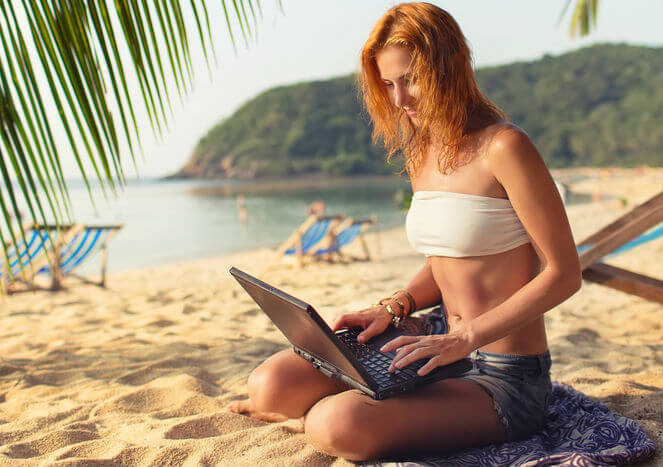 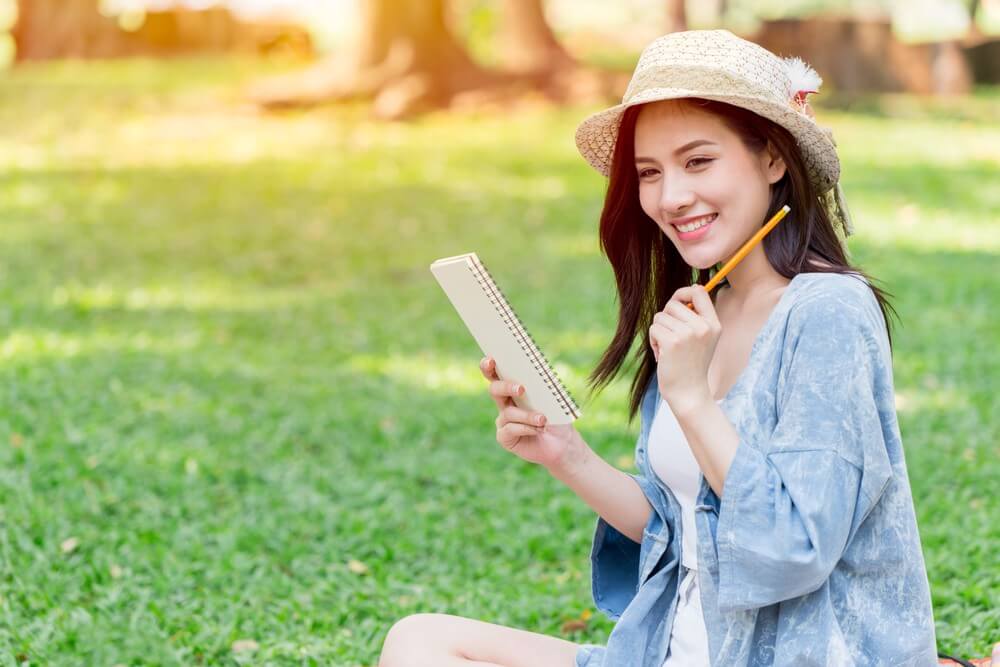